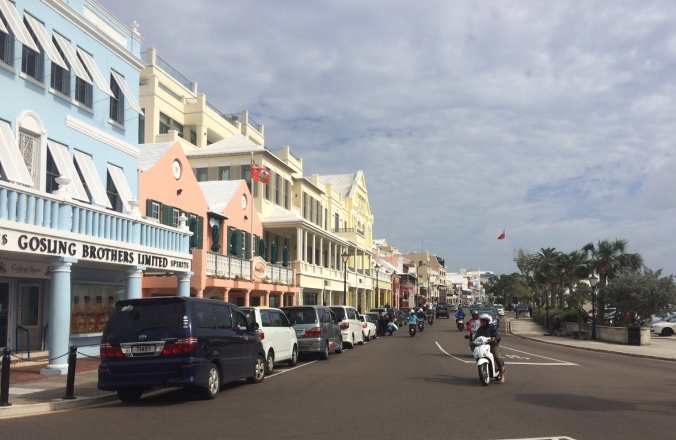 Hamilton is a modest municipality, the capital city of the modest British Overseas Territory of Bermuda. Its narrow streets buzz with scooters, compressed cars, and buses that look more like minivans in comparison to the larger caravans seen here in the States. Lining the roads is an eclectic display of architecture.

Front Street, Hamilton’s main thoroughfare, stretches along the northern edge of Hamilton Harbour and behind it the city sits perched on a gentle slope dotted with buildings that exemplify Hamilton’s blend of Western influence and native style.

Off of Front Street is a stout pier called Point Pleasant, home to a park of the same name canopied by slender Bermuda Palmettos. Standing at the tip of the Pier, known as Albouy’s Point, one has a direct view of the sailboats and luxury vessels anchored at the Royal Bermuda Yacht Club to the right, the craggy Harbour islands just beyond, and a clear line of sight to the coastline across the azure water.